Stress and anxiety affect everyone in our society.  We can all feel the effects of our fast-paced, hyperconnected lifestyle take a toll on everything from our physical to our mental health.  However, women who are mothers often confront unreasonable expectations when faced with raising their children, juggling multiple schedules, personal commitments and holding down a job.  These pressures are often overwhelming, and habitually lead to exhaustion and in some cases, anxiety and/or panic disorders.

In and of itself, anxiety is a natural and critical response to any dangers posed to our welfare, helping us recognize threats in a timely way so we can find a way to deal with the issues surrounding them appropriately.  However, let’s be real, it is not that easy to manage all of the anxieties that can plague us in our modern lifestyle.

It is not uncommon for some moms to turn to anti-anxiety medications such as benzodiazepines (Xanax or Valium), or end up consuming alcohol to cope with the weight of it all, but this can make it dangerous to function as a parent.  With the benefits of cannabis being in the limelight as legalization becomes widespread, women are turning to marijuana as a safer option.  There is an open dialogue happening now surrounding cannabis, and it is becoming destigmatized as more education surrounding its benefits are legitimized.  According to a survey from Eaze, a cannabis technology company, research shows that 1 in 5 marijuana users are actually, parents.

CBD is known to be non habit-forming so it stands to reason that it would pose relatively low risk as compared to most pharmaceutical drugs that may be prescribed for anxiety, stress and/or insomnia, which can often be so risky in their potentially addictive components and cause terrible side effects.

The reality is, moms everywhere are embracing CBD oil in order to cope and reduce their anxiety levels and/or decrease issues such as migraines and insomnia.  It is time to support the research and data surrounding CBD oil and understand the benefits of its natural therapeutic qualities.  Let’s face it, when moms are happy, the world is a better place! 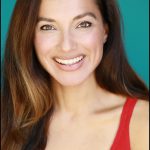 Larissa Gomes is originally from Toronto, now turned Angeleno, she has worked in roles from writer, actor and producer for well over a decade. In that time, she’s developed concepts, film and television screenplays/pilots, along with contributed published short stories, articles, blogs, marketing content, copywriting and editing work. She is also a breast cancer survivor and single mom to her spirited toddler boy Larissa Gomes
 